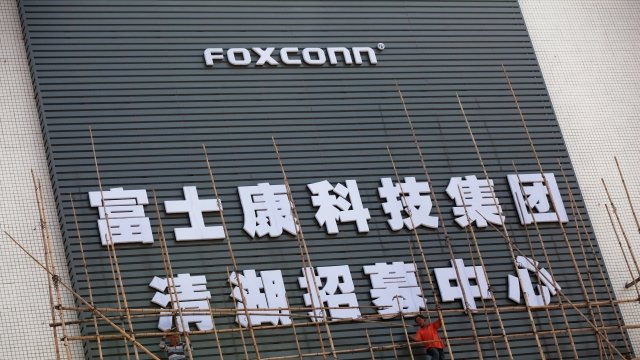 SMS
iPhone Manufacturer Wants To Create Tens Of Thousands Of US Jobs
By Casey Mendoza
By Casey Mendoza
June 22, 2017
As other companies move manufacturing overseas, Foxconn is investing $10 billion in a U.S. plant.
SHOW TRANSCRIPT

In a move that will likely make the Trump administration really happy, a major manufacturer is shifting jobs from China to the U.S.

Foxconn, the company known for making iPhones and other big-name gadgets, plans to invest $10 billion in a production plant in the U.S — specifically somewhere in Ohio, Pennsylvania, Michigan, Illinois, Wisconsin, Indiana or Texas. The plant could create up to 50,000 new jobs.

President Trump hinted at this deal in June while visiting Wisconsin for his "workforce development" tour.

"Just backstage, we were negotiating with a major, major, incredible manufacturer of phones and computers and televisions," Trump said. "And I think they're going to give the Governor a very happy surprise very soon."

And back in April, the Trump administration met with Terry Gou, Foxconn's chairman and the richest man in Taiwan. They talked about job creation, and specifically bringing manufacturing jobs back to the U.S.

This deal would be a nice feather in Trump's cap, especially since other manufacturers are leaving the country.

Carrier is reportedly laying off over 600 employees at its Indianapolis plant — even though Trump promised in December that the manufacturing jobs would stay. 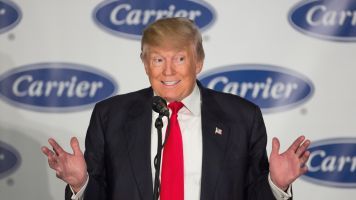 Ford also announced last Tuesday that manufacturing for the Ford Focus will move to China. During his presidential campaign, Trump said decisions like that were "disgraceful."