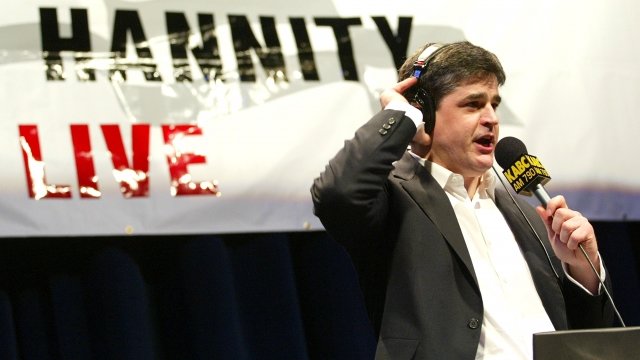 It was revealed in court Monday that television host Sean Hannity was represented by President Trump's personal lawyer Michael Cohen.

The news comes after Monday's revelation that Michael Cohen, President Donald Trump's personal lawyer, represented Hannity. Hannity has denied the claim and said that he never "retained" Cohen "in the traditional sense."

Let's take a step back. The FBI raided Cohen's home, office and hotel room April 9. Cohen is reportedly under investigation for possible bank and tax fraud.

Cohen is in court in connection to the raids, and his lawyer refused to name one of his clients. The judge said he had to name all three, and that's when Hannity's name came out.

Since then, Hannity has denied any formal legal relationship with Cohen.

On Tuesday, Fox News said the network was "unaware" of the relationship between Hannity and Cohen, but that the company will continue to support him.