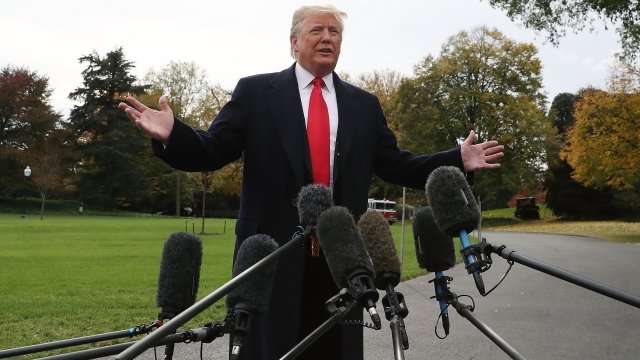 By Stephanie Liebergen
November 14, 2018
In a joint statement, the media companies said it is imperative that "journalists are not barred for arbitrary reasons."
SHOW TRANSCRIPT

More than a dozen media companies are coming out in support of CNN's lawsuit against the White House.

The companies issued a joint statement Wednesday saying they intend to file friend-of-the-court briefs. Those are filed by people and groups who aren't directly linked to a case but have a vested interest in the outcome.

The list of companies includes The Associated Press, Fox News, The New York Times and the E.W. Scripps Company, which owns Newsy.

CNN filed the suit Tuesday in an attempt to get the press pass reinstated for the network's chief White House correspondent, Jim Acosta. His pass was revoked after he and President Donald Trump had a tense exchange of words during a press conference. That led to a brief interaction between Acosta and a White House intern.

The media outlets supporting that effort said, "It is imperative that independent journalists have access to the President and his activities, and that journalists are not barred for arbitrary reasons."