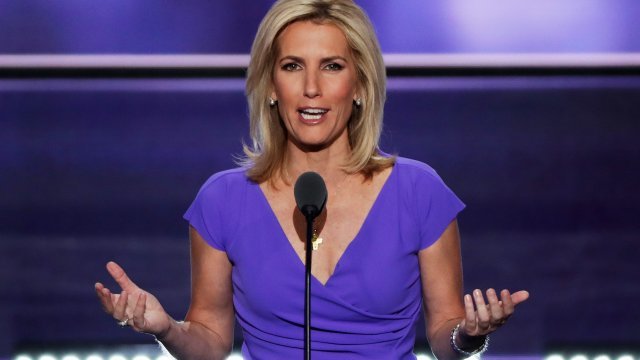 Ingraham accused the 17-year-old activist of whining after he said in an interview he was rejected from four colleges. He then called on advertisers to boycott her show.

Home goods company Wayfair is one of the businesses that said it will pull its ads. It said Thursday: "As a company, we support open dialogue and debate on issues. However, the decision of an adult to personally criticize a high school student who has lost his classmates in an unspeakable tragedy is not consistent with our values."

17 people died in the shooting at Marjory Stoneman Douglas High School in February. Since then, Hogg and other survivors have been targets of conservative media outlets and conspiracy theories.