Does The Top 10 Percent Already Pay Their 'Fair Share' In Taxes? 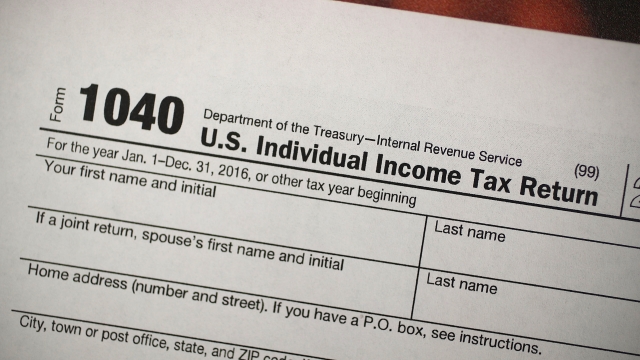 Ever since Democratic Rep. Alexandria Ocasio-Cortez pitched her idea for a 70 percent marginal tax rate, people have been trying to poke holes in her argument.

"Let me just point out that according to the Tax Foundation, the top 10 percent of earners already pay almost 80 percent of all taxes, so you already have the highest earners paying their fair share, if you will," Fox News host Maria Bartiromo said.

Is Fox News host Maria Bartiromo right? First, we should clarify that tax rates change pretty frequently, and we don't know what time frame she's referencing. So we'll look at a few different options to see if her statement holds up.

The Tax Foundation and our partners at PolitiFact analyzed the latest income distribution data from the Congressional Budget Office. It showed the top 10 percent of earners paid about 55 percent of total federal taxes in 2015. That's less than the nearly 80 percent the Fox News host referenced.

One thing we didn't examine was how state taxes would impact Bartiromo's claim, but states only take in a tiny fraction of what the IRS collects each year. So it doesn't look like the claim that the nation's highest earners pay almost 80 percent of all taxes has the federal data to back it up. We do know the country's highest earners pay a majority of the nation's taxes, but they also earn a majority of the money made in the U.S.