Fox Could Sell Sky News To Disney Under New Proposal 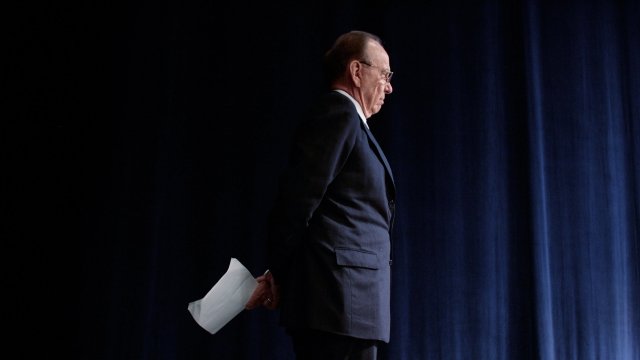 Rupert Murdoch's 21st Century Fox has come up with two proposals it thinks will alleviate a U.K. regulator's concern about the company's bid to purchase European broadcaster Sky.

Both options revolve around Sky's news business. On Tuesday, 21st Century Fox said it could either legally separate Sky News from the rest of Sky, or it could sell Sky News to The Walt Disney Co.

This Sky News deal would be separate from the $52 billion deal Disney announced in December to acquire many of Fox's entertainment assets, including its stake in Sky.

That stake currently stands at 39 percent, but Murdoch's been trying to acquire the rest for a while now.

The Sky News proposals are in response to the U.K.'s Competition and Markets Authority, which said earlier this year that the Fox-Sky deal was "not in the public interest" and that it would give Murdoch too much control over British media and too much influence on politics.

Britain's culture minister has until May 1 to decide if the deal should advance.