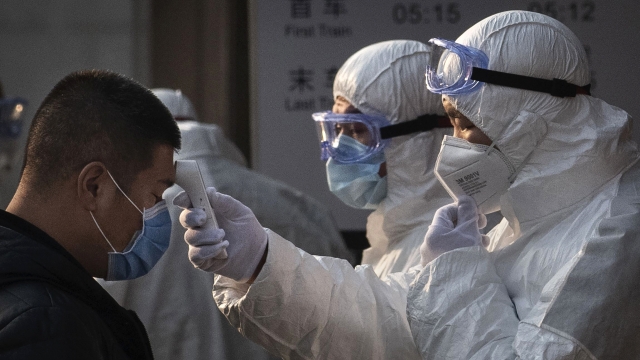 California has recorded its first two cases of the new strain of the coronavirus — the third and fourth cases of the deadly virus to be diagnosed in the U.S.

The Orange County Health Care Agency said in a press release on Saturday it received confirmation from the CDC that a patient has tested positive for the coronavirus. The patient is a traveler from Wuhan, China, and is currently in isolation at a local hospital. Health officials said the person is in "good condition" and that "there is no evidence that person-to-person transmission has occurred in Orange County."

Then on Sunday, another recent traveler from Wuhan was also confirmed to have the virus in neighboring Los Angeles county. The person is currently receiving medical treatment.

The California cases come after two others – a man in Washington state and a woman in Illinois – were confirmed last week. The CDC says "it is likely there will be more cases reported in the U.S. in the coming days and weeks."

Fifty-six people have died and nearly 2,000 people have been infected so far in China, where the outbreak is believed to have originated from. Multiple major cities throughout the country are on lockdown as officials try to stem the spread of the virus.