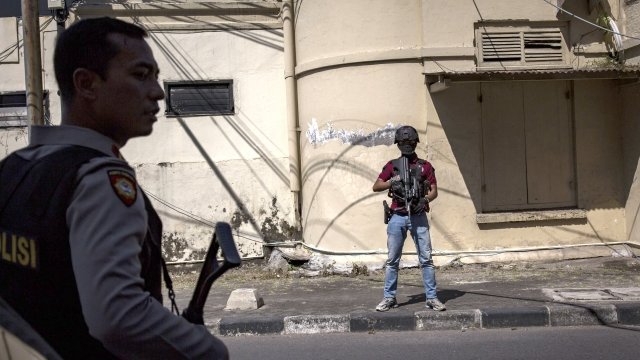 Surabaya, Indonesia has been targeted by a series of suicide attacks over the past two days, killing multiple people.

The latest happened on Monday. Outlets report a family of five drove into the main gateway of a police headquarters on two motorbikes. They then detonated explosives.

The four adults died, but a young girl was reportedly thrown from the bike and survived. At least 10 people were injured, including multiple police officers.

That attack comes one day after a family with four children targeted three churches in the same city. Outlets report at least seven people died and dozens more were injured in those attacks.