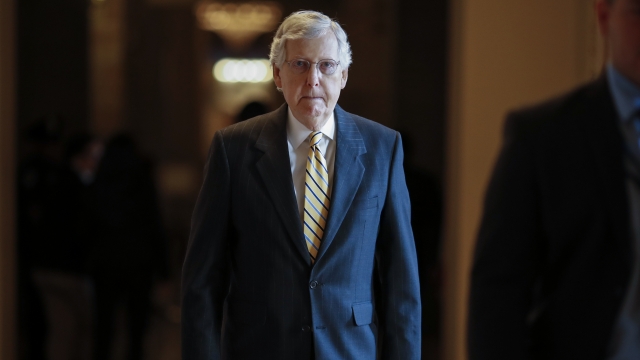 Republicans and Democrats in Congress appear to be at odds over when the next phase of coronavirus relief legislation will be passed.

According to The Hill, Republicans aides say it is unlikely a fourth coronavirus bill will be passed before May, despite pressure from Democrats, who want to make something happen sooner.

Meanwhile, Senate Majority leader Mitch McConnell is pushing the Senate to approve an additional $250 billion for the Paycheck Protection Program. McConnell says the program that helps small businesses keep paying employees is in danger of running dry without more funding. He said he hopes to pass the bill by unanimous consent or voice vote on Thursday.

However, The Hill reports that neither McConnell nor Senate Small Business Committee Chairman Marco Rubio reached out to their Democractic counterparts, Senate Minority Leader Chuck Schumer and Sen. Ben Carin, prior to announcing that unanimous consent was being sought for the additional funding.

The outlet says Republicans anticipate that Schumer will try to attach Democratic priorities, such as up to $25,000 in hazard pay for essential workers, to the request.