4 Officers Are Now Charged In The Death Of Breonna Taylor 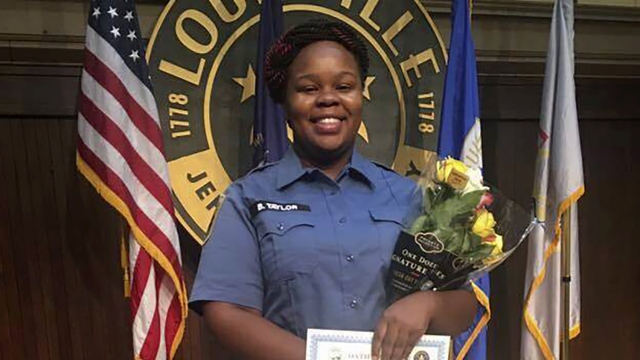 SMS
4 Officers Are Now Charged In The Death Of Breonna Taylor
By Maura Sirianni
By Maura Sirianni
August 4, 2022
The bulk of the charges in this latest indictment surround the search warrant used to get into Taylor's apartment.

The Justice Department has now charged four officers from the Louisville Metro Police Department in the death of Breonna Taylor. The bulk of the charges in this latest indictment surround the search warrant used to get into Taylor's apartment. Officials said two of the officers charged lied in order to obtain it.

Here's a look at the four officers charged today.

Paperwork also named former officer Brett Hankison, who was later fired from the department for allegedly firing his weapon blindly during the raid and striking a neighboring unit.

In charging documents, prosecutors said Goodlett and Jaynes included false and misleading information in an application for the search warrant.

It specifically cited that a postal inspector informed Goodlett that the target of their drug trafficking investigation had been receiving packages at Taylor's address.

Prosecutors say that was false, but that Sergeant Meany approved the warrant application anyway.

Goodlett also knew the claim was false but did not object to it.

U.S. Attorney General Merrick Garland said the three officers then "took steps to cover up their unlawful conduct after Ms. Taylor's death" and "conspired to mislead federal, state and local authorities who were investigating the incident."

"We share, but we cannot fully imagine the grief felt by Breonna Taylor's loved ones and all of those affected by the events of March 13, 2020. Breonna Taylor should be alive today. The Justice Department is committed to defending and protecting the civil rights of every person in this country," Garland said.

They will continue to review whether officers who break the department's rules are held accountable.

Kristen Clarke is the assistant attorney general for the Civil Rights Division.

"A separate team from the Justice Department's Civil Rights Division is conducting a civil investigation into whether the Louisville Metro Police Department is engaging in a pattern or practice of law enforcement misconduct. We're looking at whether the LMPD uses excessive force, improper searches or racially discriminatory policing. That ongoing investigation is separate from today's charges," Clarke said.