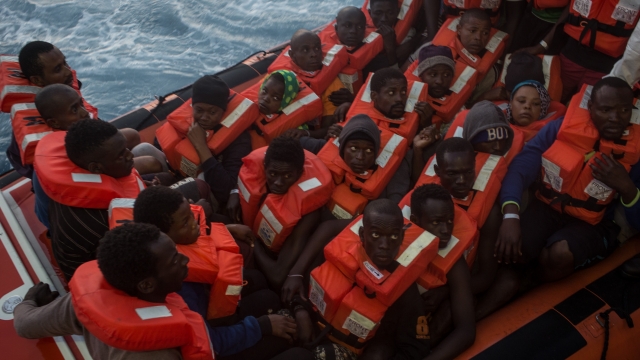 SMS
Four EU Countries Agree On Deal For Relocating Migrants Rescued At Sea
By Ahmed Jawadi
By Ahmed Jawadi
September 23, 2019
​Interior ministers from France, Germany, Italy, Malta and Finland signed off on the deal during a meeting Monday.
SHOW TRANSCRIPT

Four EU countries have agreed on a new deal to distribute migrants recovered from the Mediterranean sea.

Interior ministers from France, Germany, Italy and Malta signed off on the deal during a meeting Monday. Finland, which currently holds the rotating EU presidency, helped broker the deal. Under the agreement, EU countries would volunteer to take in migrants rescued in the Mediterranean within weeks of their arrival on EU shores. The countries would also handle their asylum requests.

The effort is aimed at easing pressures on southern EU countries like Italy and Malta, who see hundreds of thousands of migrants arrive on their shores each year. Those countries have often complained other EU countries don't take in their fair share of those migrants.

More details of the plan will be revealed to all 28 EU nations on Oct. 8. It's still unclear how many other EU states will participate in the proposal.