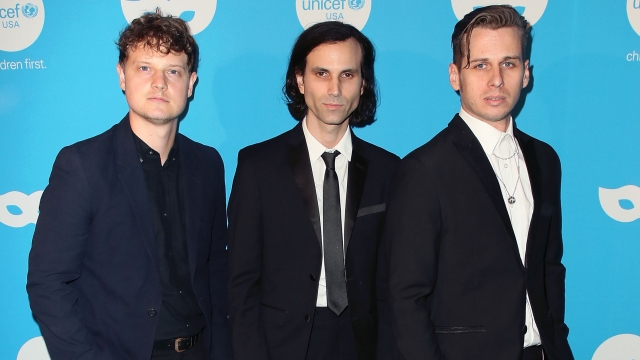 In light of increased school shootings in the U.S., the band Foster the People may retire its song "Pumped Up Kicks."

The Grammy-nominated song centers on a fictional boy named Robert who fantasizes about committing a shooting.

Mark Foster, frontman of Foster the People and the writer of "Pumped Up Kicks," has told reporters the 2010 song was meant to be a call to action against gun violence.

Foster says he's advocated for stricter gun control for years, and in 2012, he told CNN he was "scared to see where the pattern was headed."

But many have criticized the song, saying its lyrics instead promote gun violence. After 20 children and six adults were killed in the Sandy Hook shooting, some radio stations pulled "Pumped Up Kicks" off the air.

And the shooter responsible for the Parkland attack that killed 17 people was reportedly a fan of the song and acted out the lyrics. That's according to his brother.

Of course, it's hard to pinpoint whether a single song has a direct influence on would-be shooters. But Foster does worry that the song is painful for listeners affected by shootings. In a recent Billboard interview, Foster said the band no longer plays the song at shows and may be retiring it forever.

He said: "The way that people perceive the song is their choice, and it becomes a separate entity that I don't have control over. But I do have control over whether I'm going to take part in playing it over and over again."