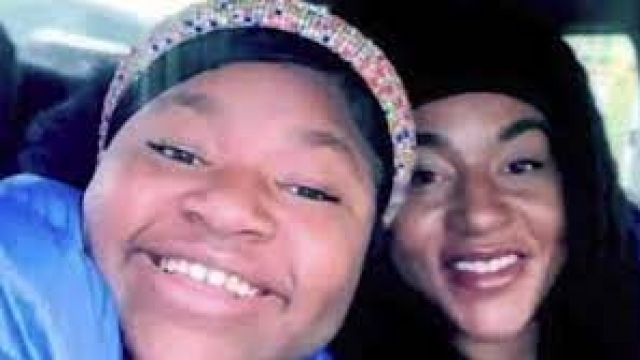 Seven hundred thousand children are in America’s foster system every year and the system is failing most of them. That’s according to a recent survey by the Juvenile Justice Center and news headlines from around the country. Many believe the entire model of foster care needs a complete overhaul. A new spotlight on America’s foster systems -- for all the wrong reasons.

Michelle Martin: "All systems failed her."

In Ohio, Ma’Khia Bryant, a 16-year-old in foster care, shot dead by police while holding a knife. In Florida, stunned police exchange gunfire with two young kids from a group home. Both children are now facing attempted murder charges.

Sheriff Mike Chitwood: "Where have we gone wrong that a 12-year-old and 14-year-old think it's okay to take on law enforcement?"

Headlines like these suggest there should be a renewed look at the nation’s historically neglected foster care system.

Patricia Babcock: "I think in every single case that hits the media, there's missed opportunities."

Increasingly, the question is not whether foster care kids are getting enough resources but whether they are getting the right resources. Many experts say no.

The son of parents battling mental illness and addiction, Stephens was bounced from foster home to foster home in Georgia and Florida He says it didn’t take long to realize the system needed some serious improvement.

Derrick Stephens: "At the age of seven, I knew something wasn't right and I kind of vowed to be that vessel to change." By 15, Stephens was on his own.

Derrick Stephens: "I've experienced most of the statistics that surround foster care. But again, I've been lucky enough and I've worked hard enough and have the right relationships in place to be able to get on the other foster care."

20 years later, Stephens is a licensed social worker and an advocate for kids and families in the child welfare system. He founded Underdog Dream, which helps foster children with their mental and physical wellbeing, as they navigate their constant life changes. And now he Is a foster parent himself taking in one of his nephews.

Derrick Stephens: "Now being a kinship caregiver for my nephew, I don't see a lot of changes."

In 2019, nearly 675,000 US kids spent some time in foster care. Many pulled from their homes and placed in unfamiliar settings with strangers, an experience experts say can be even more traumatic than the pain they have experienced before or will after.

Patricia Babcock was the deputy secretary at Florida’s Department of Children and Families until this past April and a 20-year veteran of working with foster kids and families. Babcock says the old child-welfare model needs an overhaul because there’s too much focus on getting a child into a room that appears on its surface to be safe, instead of creating a healthy, long-term environment for the child’s wellbeing.

Patricia Babcock: "I'm a big proponent of inverting that pyramid and primarily focusing on well being. And I fundamentally believe if we would do that, the safety and the permanency would fall right into place. But that means that we've got to really shift our mindset."

Babcock and Stephens both believe more mental health and wellness services are critical to improving the lives of foster children and they feel its time to redefine what success is and make it a little higher.

Patricia Babcock: "We have set a standard, a standard that every state is trying to meet, that in 12 months. 40.5% of the kids have reached what's called permanency. I don't know of any other field that would set a bar that low."

The key? Experts feel much more emphasis needs to be placed on preventing kids from being taken from their homes in the first place.

Patricia Babcock: "I think there's very few children who would not fare better back in their home."

That means redirecting energies into promoting a safer home environment so that a child does not need to be removed.

Derrick Stephens: "I think there is an, there's a social contract that is this to say hey how can we prop up, how can we use finances to come in and maybe prop up childcare, prop up food or housing and so that this family can stay together."

Patricia Babcock: "I do think it could be a game changer."

The law gives states the option to use additional federal funding on mental health services, substance abuse treatment and parenting skill training to prevent child removal. Stephens says if implemented correctly, it could make a huge difference in these kids lives.

Derrick Stephens: "Once you started putting money behind initiatives you'll then start to get some seriousness and some behavior changes."

But whatever future changes happen, advocates say they need to include the people they directly impact.

Derrick Stephens: "I don't want to find myself taking my grandkids in or taking my great nephew in because the foster care system or child welfare system has now been involved throughout my lifespan because we have not found a real way to not only reunify families, keep families together, but then set a tone and set a foundation so that generations to come, can heal from the trauma and thrive and move forward."

A series of studies compiled by the Juvenile Justice Center underlines the need for change It reports foster kids are two and a half times more likely to get in trouble with the law. And 90 percent of kids who were placed in more than five foster homes will enter the justice system