Fossil Fuel Companies Are Going On The Record About Climate Change 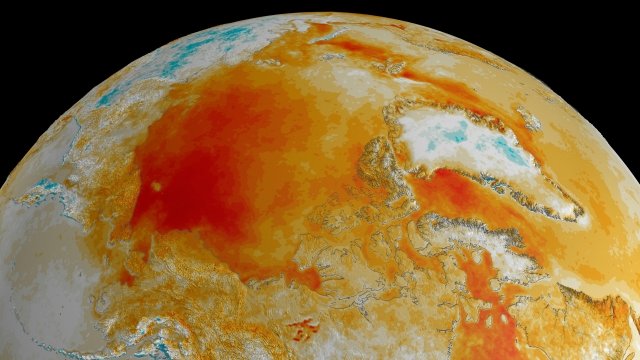 SMS
Fossil Fuel Companies Are Going On The Record About Climate Change
By Evan Thomas
By Evan Thomas
March 21, 2018
Fossil fuel companies had to brief a federal judge on the study of climate change. Until now, they've tried to avoid addressing it so officially.
SHOW TRANSCRIPT

The cities of San Francisco and Oakland have sued fossil fuel producers for misleading the public about the effects of their greenhouse gas emissions. The case has broken new ground: This is one of the first times energy companies have gone on record about climate change.

Judge William Alsup had lawyers from both sides brief him on the history and science of climate change to get the facts before making any precedent-setting decisions. Legal experts watching the case say companies like Exxon and Chevron have never gone into this much detail about the climate impacts of their activities.

Independent research traces a lot of the carbon dioxide in the atmosphere back to fossil fuel producers. And these companies generally agree that climate change does threaten the environment. Exxon even invested in climate research that spelled this out back in the '80s. 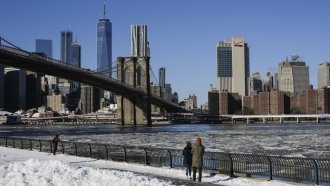 But watchdog groups claim most fossil fuel producers still don't do enough to prevent the damage they cause. The Union of Concerned Scientists says that instead, Exxon and others are inaccurate or inconsistent about the risks or even spread outright disinformation.

At the hearing, attorneys for fuel companies stressed that scientists haven't always been certain about how emissions affect the climate. They also pointed to reports that tie greenhouses gases to growth of the global economy and population rather than to the activities of specific firms.

So oil producers aren't changing their rhetoric on climate change much. But depending on how the case goes, they might still have to address its effects. If the judge sides with cities, BP, Exxon and others would have to pay for seawalls and other infrastructure to protect public property in coastal cities.