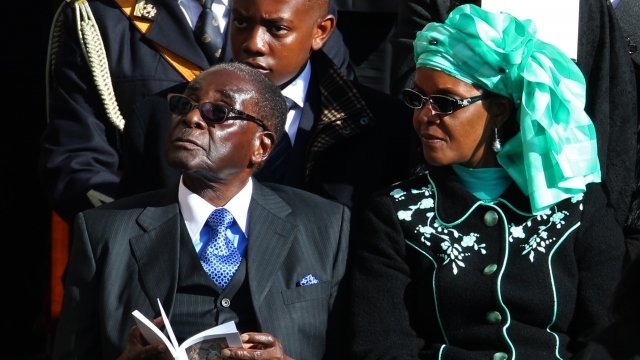 Zimbabwe's former president and his wife have been granted immunity from prosecution and will be allowed to remain in the country.

A spokesperson for the Zimbabwean Defense Forces told CNN on Thursday the military reached an agreement with Robert Mugabe. That agreement reportedly includes immunity and a guarantee that both he and former first lady Grace Mugabe will be protected — if needed.

An anonymous government source told Reuters that Mugabe said he had no plans to live in exile from Zimbabwe and that the negotiations were "very emotional for him."

Mugabe resigned as president Tuesday after nearly four decades in power. His resignation came the same day his own political party started impeachment proceedings against him.

The party ousted Mugabe as president Sunday and gave him until the next day to step down.

Mugabe has long been a controversial figure. But opposition to his leadership grew after he fired Vice President Emmerson Mnangagwa — a move many viewed as an attempt to establish the first lady as his successor.

According to a report from the state-run Zimbabwe Broadcasting Corp., Mnangagwa will be sworn in as the country's president Friday.