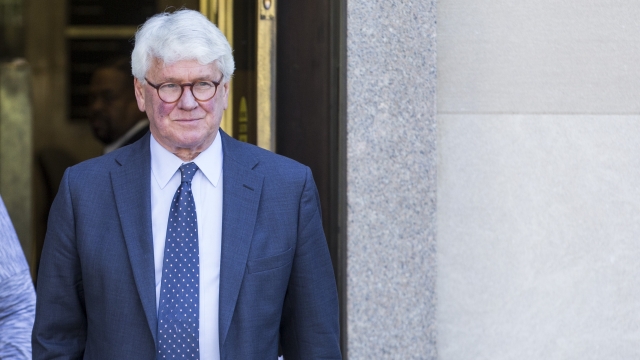 SMS
Former White House Lawyer Found Not Guilty Of Lying To Investigators
By Ahmed Jawadi
By Ahmed Jawadi
September 4, 2019
A jury acquitted Greg Craig on a felony false-statement charge stemming from a report his then-law firm wrote in 2012 for the Ukrainian government.
SHOW TRANSCRIPT

On Wednesday, a federal jury acquitted Craig on a lone felony false-statement charge. That charge stemmed from an independent report his then-law firm wrote in 2012 for the Ukrainian Ministry of Justice. Craig had spoken with several media outlets about the report prior to its release, which federal prosecutors argued he did at the direction of the Ukrainian government. They also claimed he'd made "false and misleading statements" about his activities to the Justice Department unit that enforces the Foreign Agents Registration Act when they met with him in 2013.

Craig denied that he lied to investigators, and said the reason why he spoke to journalists at the time was because he wanted to make sure that they "got the story right." He says he was worried that PR representatives from Ukraine might try to misrepresent the conclusions of his firm's report.

Craig's former law firm reached a settlement with the Justice Department back in January on the foreign lobby issue. The firm retroactively registered as a foreign agent and paid a more than $4.6 million fine.