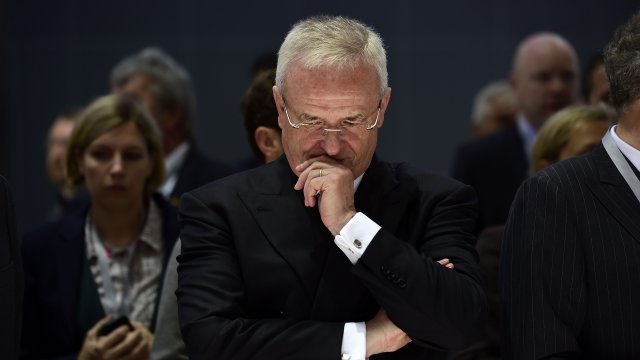 Martin Winterkorn has denied any wrongdoing.

Charges against Martin Winterkorn were unsealed on Thursday. Those include conspiracy to defraud the U.S., violations of the Clean Air Act and wire fraud.

Volkswagen got caught adding software to its vehicles that could detect when they were being tested for emissions output. The so-called "defeat device" would keep the output within legal limits.

Volkswagen has paid billions in fines and faces lawsuits from shareholders. If it turns out the company's upper management was involved in the scandal, it would be even more damaging to the company. Winterkorn has denied any wrongdoing.