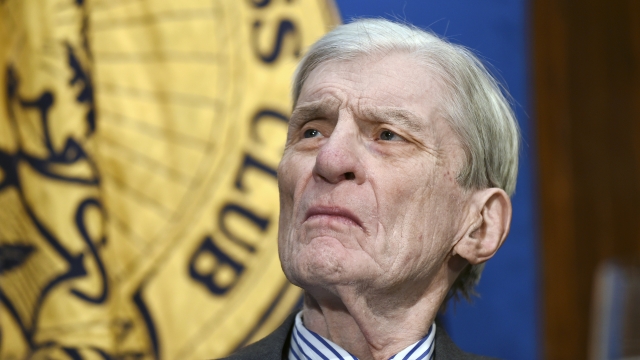 A long-time former senator is being remembered for his principled leadership. A funeral was held today for John Warner of Virginia.

The Republican was so popular that Democrats didn't even bother fielding a challenge for his final reelection.

He was also known for having an independent streak and bipartisanship.

President Biden said Warner understood what democracy was about.

"Democracy is a way of being," Biden said. "He understood it begins and grows in an open heart and with the willingness to work across the aisle and come together in common cause and that empathy is the fuel of democracy."

Warner died last month. He was 94.