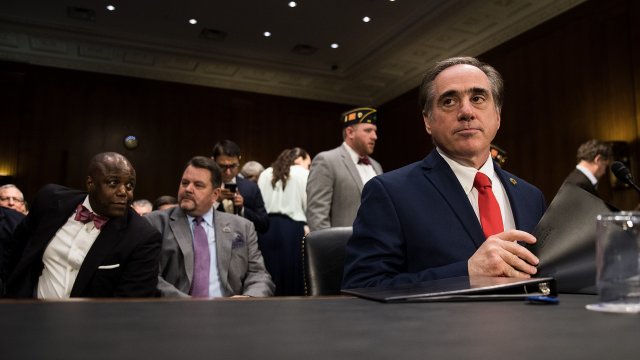 In a report from the Veteran Affairs Department Inspector General on Thursday, former VA Secretary David Shulkin was faulted with violating ethics rules while in office.

Shulkin reportedly allowed his wife to be driven by his security detail in a personal vehicle multiple times during his time with the department.

The report also notes the VA's protection services have been operating without clear rules for years, saying they're largely guided by "entrenched informal practices without due regard to principles of executive protection."

Shulkin was ousted from his position in March after the VA inspector general found he'd committed serious ethical violations during a trip to Europe.