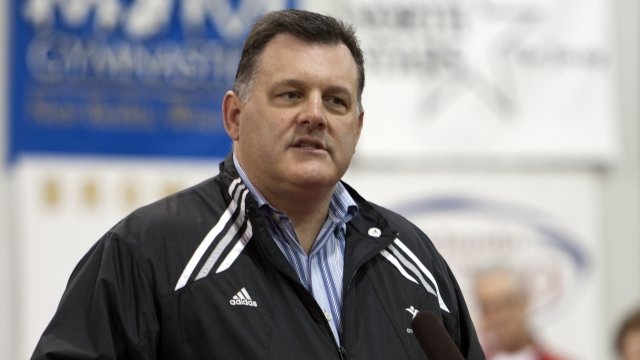 According to multiple news outlets that obtained a copy of the indictment, Steve Penny is accused of trying to impair the investigation into sexual misconduct allegations against former team doctor Larry Nassar, by allegedly ordering the removal of documents related to him from a now former Texas training facility.

Those documents, which authorities say were sent to Penny's office in Indiana, still haven't turned up.

Nassar was sentenced to 40 to 175 years in prison on multiple criminal sexual abuse charges earlier this year. Investigations revealed he molested dozens of gymnasts connected to USA Gymnastics and Michigan State University.

Penny resigned from his role as president and chief executive of USA Gymnastics in March 2017. He reportedly faces up to 10 years in prison and up to a $10,000 fine if convicted.

Penny's lawyer said in a statement that his client "is confident that when all the facts are known the allegations against him will be disproven."