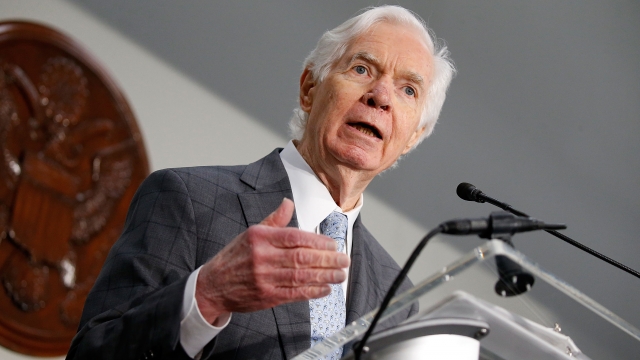 The Republican lawmaker served almost 50 years in Washington. He spent six years in the House and the rest of his career in the Senate. When Cochran won his Senate seat 1978, he became the first Republican in Mississippi to win statewide office since the Reconstruction era.

Cochran was chairman of the Senate Appropriations Committee from 2005 to 2006 and again from 2015 to 2018. As chairman, he led the designation of more than $100 billion in funds for Hurricane Katrina relief.

The Navy veteran narrowly won his seventh and last term during a primary race in 2014, and resigned for health reasons in 2018.

A statement from his successor said he passed away peacefully in Oxford, Mississippi.