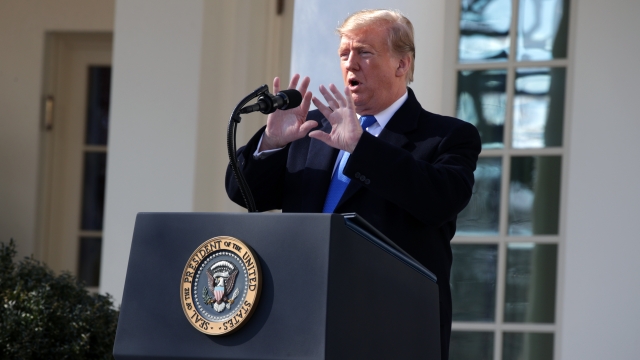 According to multiple outlets, the statement says that there's "no factual basis" to the declaration, which allows the president to redirect federal funding towards a wall on the southern border without getting congressional approval.

The Washington Post reports the former officials argue that there's no documented emergency related to terrorism or violent crime at the U.S.-Mexico border and that illegal border crossings are at an almost-40 year low.

Their statement is set to be entered into the Congressional Record just one day before the House is expected to vote on a resolution to block President Trump's declaration. The commander-in-chief already said he'll veto that resolution if it's passed by both chambers of Congress and makes it to his desk.

The president's emergency declaration is also being challenged in the federal courts by a number of advocacy groups and a coalition of 16 states.