Samantha Power On Reconciling Her Beliefs With Obama's Syria Policy 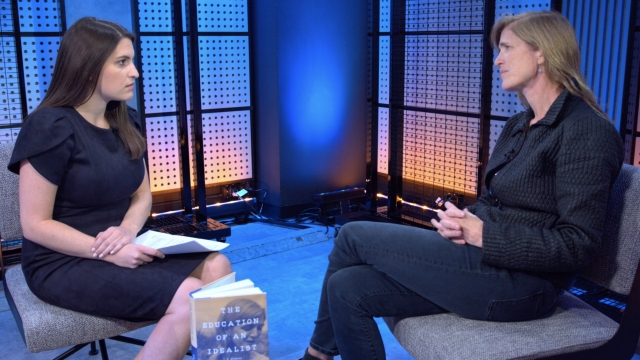 Ambassador Power's new memoir, "The Education of an Idealist," reveals just how close President Obama came to launching airstrikes in response to the attack. He ordered the targets to be drawn up. He told the chairman of the Joint Chiefs that he'd likely order the strikes within two days. President Obama instructed Power to tell the United Nations to withdraw its inspectors immediately. But the U.N., at first, opposed withdrawing inspectors. In the meantime, Mr. Obama decided to turn to Congress for approval of a military response. Power, on behalf of the administration, made the "progressive case," as she puts it, for airstrikes. But the administration failed to get congressional support. Newsy Tonight host Lauren Stephenson asks Power how she was able to reconcile her personal beliefs on human rights with the Obama administration's decision not to follow through with its threat of military force in response to Assad's use of chemical weapons and why she argues admitting more refugees is in the U.S.' national security interest.