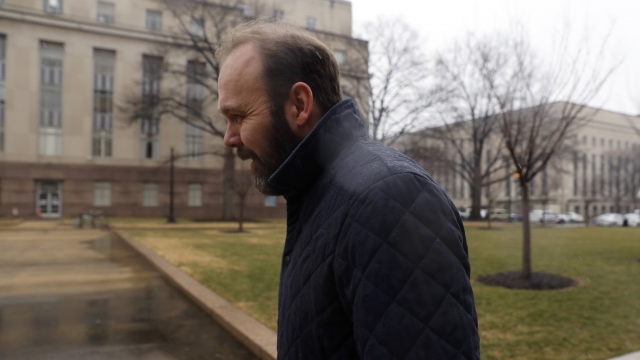 On Tuesday, a judge sentenced him to three years' probation and 45 days in jail. He also got handed a $20,000 fine and will have to complete 300 hours of community service.

He initially faced multiple years behind bars after he pleaded guilty to conspiracy against the U.S. and making a false statement.

But during the course of the Russia investigation, Gates spent more than 500 hours talking with both federal and state prosecutors, and he complied with three congressional subpoenas.

His attorney said his cooperation "likely represents the most extensive undertaking by any cooperating defendant" in Mueller's probe or other related investigations.

And federal prosecutors recommended that the judge avoid giving him prison time because of his "extraordinary assistance" with the probe.