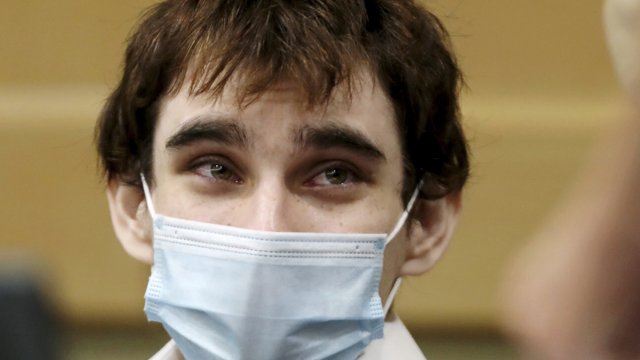 The gunman who killed 14 students and three staff members at a Parkland, Florida, high school will plead guilty to their murders, his attorneys said Friday, bringing some closure to a South Florida community more than three years after an attack that sparked a nationwide movement for gun control.

The guilty plea would set up a penalty phase where Nikolas Cruz, 23, would be fighting against the death penalty and hoping for life without parole.

Cruz attorney David Wheeler told Circuit Judge Elizabeth Scherer that he will plead guilty Wednesday to 17 counts of first-degree murder in the February 2018 shooting at Marjory Stoneman Douglas High School. The pleas will come with no conditions and prosecutors still plan to seek the death penalty. That will be decided by a jury, with the judge hoping to start the trial in January after choosing a jury from thousands of prospects starting in November.

Cruz will also plead guilty to 17 counts of attempted first-degree murder. He was not initially present during the hearing, but later entered the Broward County courtroom to plead guilty to attacking a jail guard nine months after the shooting. He answered the judge's question about his competency in a steady voice, replying, “Yes ma'am,” and “No ma'am,” as sheriff's deputies watched over him and spectators.

Cruz said he understood that prosecutors can use the conviction as an aggravating factor when they later argue for his execution.

The trial has been delayed by the pandemic and arguments between the prosecution and defense over what evidence and testimony could be presented to the jury. Some victims’ families had expressed frustration over the delays, but the president of the group they formed expressed relief that the case now seems closer to resolution.

Mitch and Annika Dworet, the only victims' parents to attend the hearing, said they are relieved the case is finally moving toward closure. Their 17-year-old son Nick died in the shooting while his younger brother Alex was wounded.

Mitch Dworet said he tries hard not to think about the case, saying he wants to focus on their sons. But his wife interjected, “We want justice — it's time.” For them, that means Cruz's execution.

“We would like to see him suffer,” she said.

Andrew Pollack, whose 18-year-old daughter Meadow was killed, said in a phone interview he also wants him executed. “Death by lethal injection seems too peaceful to me. I’d rather see a hanging in a public square.”

In the aftermath of the shooting, Parkland student activists formed March for Our Lives, a group that rallied hundreds of thousands around the country for tighter gun laws, including a nationally televised march in Washington, D.C. Parents also made impassioned pleas for accountability and policies aimed at halting gun violence.