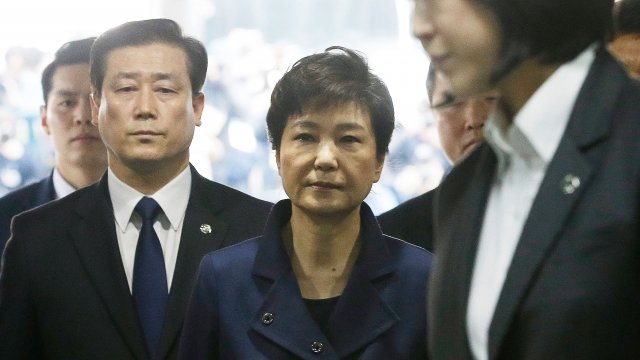 Park was sentenced to six years for accepting funds from South Korea's spy agency and two years for interfering in a parliamentary election.

That eight years is in addition to a 24-year prison sentence Park received earlier this year following a corruption scandal. Reuters reports the sentences are to be served consecutively.

Park is the country's first female leader. She was removed from office in March 2017 and has consistently denied all charges against her.