Former Arizona Sheriff Joe Arpaio Is Running For US Senate 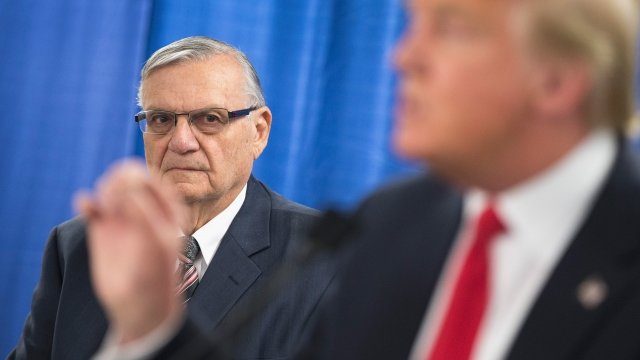 You might remember Arpaio as the man who was President Donald Trump's first presidential pardon. Often called "America's toughest sheriff," Arpaio was found guilty of criminal contempt after his department ignored a court order to stop what a judge ruled were racial profiling practices.

Sen. Jeff Flake of Arizona said in October he wouldn't seek re-election in 2018. Arpaio is running to fill his seat.

Arpaio tweeted the announcement, saying he wants to support Trump in his "mission to Make America Great Again."