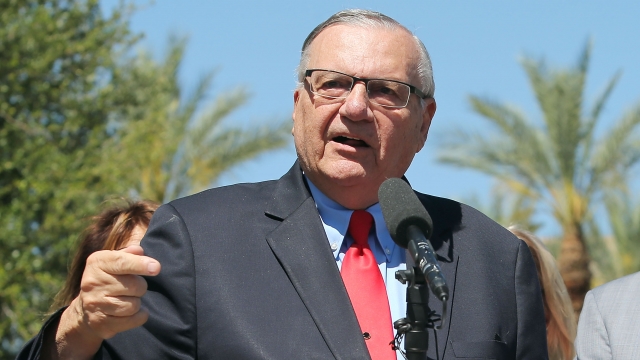 Arpaio was sheriff from 1993 to 2017. He lost a reelection bid in 2016, and then he was found guilty in 2017 of criminal contempt for ignoring a court order to stop what a judge ruled were racial profiling practices within his department.

Arpaio said, "The last four years have proven to be a time of lost opportunities to continue the kind of tough policing this county needs."

If reelected, Arpaio also said he plans to reopen the infamous Tent City in Phoenix — a jail he once joked was a "concentration camp." Arpaio was criticized for forcing inmates to wear pink clothing items, work in chain gangs and stay outside in sweltering Arizona heat. Current Maricopa County Sheriff Paul Penzone shut down the facility in October of 2017, calling it a "circus."

Arpaio unsuccessfully ran for U.S. Senate last year. He was defeated by Martha McSally in the state's Republican primary.