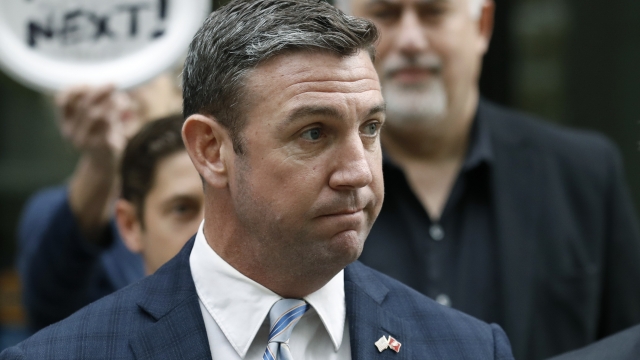 On Tuesday, former Rep. Duncan Hunter (R) was sentenced to 11 months in prison after years of denying using $250K in campaign funds for personal use.

Former California Rep. Duncan Hunter has been sentenced to 11 months in prison for misusing campaign funds on such personal expenses as private school tuition and shopping sprees.

Hunter was sentenced on Tuesday after years of denying that he spent $250,000 in campaign funds on personal use.

In 2018, Hunter and his wife originally faced 60 counts of campaign finance violations. Hunter referred to the investigation into his finances as a "witch hunt" after publicly endorsing President Donald Trump. He repeatedly denied the accusations, but pleaded guilty in December.

Prosecutors say hundreds of thousands of dollars in campaign funds not only covered tuition for Hunter's children but also weekend trips with his mistress and air fare for a pet rabbit.

Hunter has reportedly paid back around $62,000 of the campaign funds. After Hunter's 11-month sentence, he will also serve three years of supervised probation.