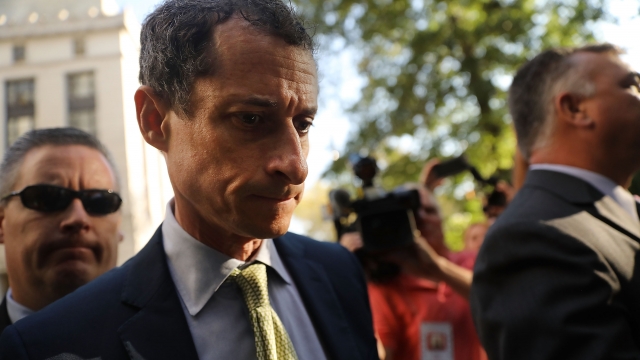 Former U.S. Rep. Anthony Weiner has been released from prison.

In 2017, Weiner pleaded guilty and was sentenced to 21 months in federal prison for sending obscene content to a minor. He served about 15 months of that sentence. Prior to that, Weiner resigned from Congress in 2011 after admitting he sent explicit photos of himself to multiple women.

According to the Federal Bureau of Prisons, Weiner is now under the care of a residential re-entry management field office — or a halfway house — in Brooklyn, New York. The office provides programs aimed at helping inmates who are close to release "rebuild their ties to the community" and reduce the chance that they'll reoffend.

His official release date is listed as May 14.

Once released, Weiner has to register as a sex offender and be under supervised release for three years.