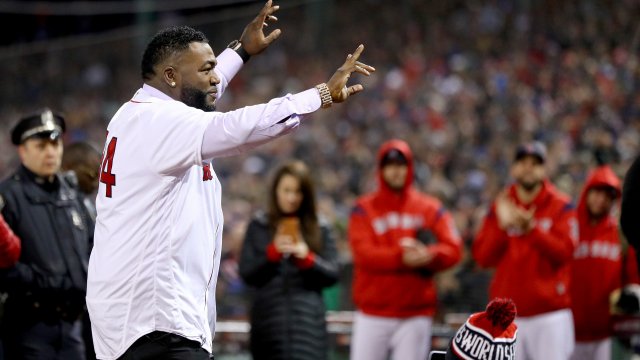 Former Boston Red Sox star David Ortiz was shot Sunday in the Dominican Republic, and now his former team is helping get him back to the U.S. for treatment.

Ortiz was at a club in his home country Sunday night when the shooting happened. Local police said he was shot in the back and the bullet went through his stomach, forcing doctors to remove part of his intestines and gall bladder.

The 10-time All Star is in intensive care in serious condition, but he's stable enough to be transported. The Red Sox arranged a medical air ambulance that will bring Ortiz to Boston as soon as Monday evening.

Ortiz was with a friend, Dominican TV host Jhoel Lopez, who was also injured. Lopez happened to post a picture of the two on Instagram just hours before the shooting.

Ortiz, nicknamed "Big Papi," started his MLB career with the Minnesota Twins and spent six years there before moving to Boston. During his 14 seasons with the Red Sox, Ortiz helped the team win three World Series championships, and he was the World Series MVP in 2013.

The crowd at the club pounced on the suspect immediately after the shooting. Police say they have multiple people in custody.