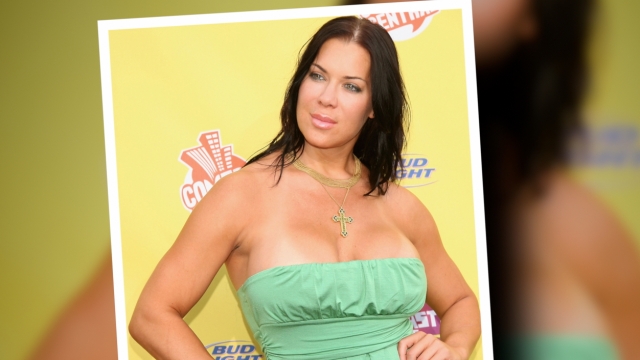 Chyna, whose real name is Joanie Laurer, was a pioneer in professional wrestling.

Former WWE wrestler and adult entertainer Chyna, whose real name is Joanie Laurer, has died. She was 45 years old.

A statement on Chyna's website said, "It is with deep sadness to inform you today that we lost a true icon, a real life superhero. ... She will live forever in the memories of her millions of fans and all of us that loved her."

TMZ, the first media outlet to report her death, said a friend found the former WWE star unresponsive after not hearing from her for days. Police are reportedly investigating if drugs were a factor.

"Everybody around me was like, 'Take the drugs, or take the whatnot,'" Chyna said on VH1.

Chyna struggled with drug abuse since her WWE days. She appeared on VH1's "Celebrity Rehab" in 2008.

Chyna was a game-changer in the WWE. The "Ninth Wonder of the World" was a founding member of D-Generation X, the first woman to appear in a Royal Rumble Match and the only woman to win the Intercontinental Championship.

Since walking away from professional wrestling, Chyna worked in reality TV and the adult film industry.

This video includes clips from TheRealChyna.com, WXYT-FM and WEND, and images from Getty Images.