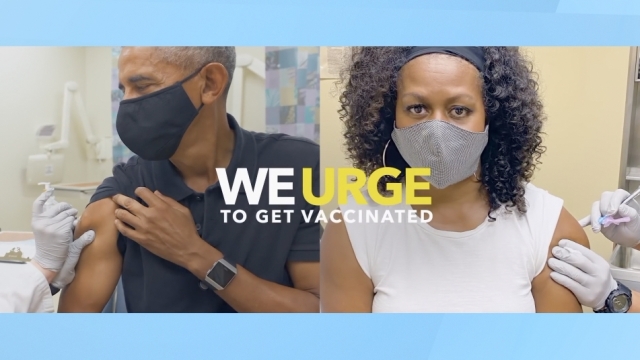 Former presidents and first ladies are coming together to encourage people to get the coronavirus vaccine.

Former Presidents Obama, Bush, Clinton and Carter and their wives are starring in the public service announcements.

The only living former president missing is Donald Trump. The Ad Council says that's because one of the ads was filmed at President Biden's inauguration, which Trump and his wife, Melania, did not attend. Former President Carter wasn't at the inauguration but he is in the ads.