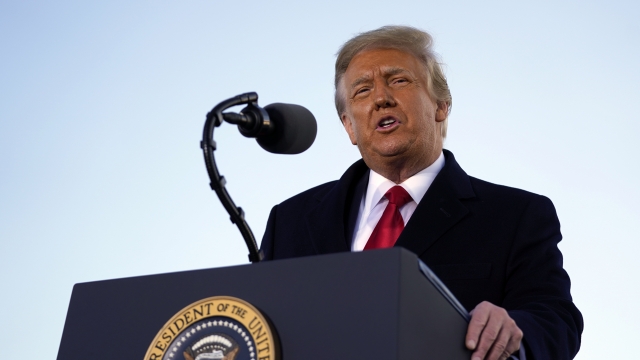 Former president Trump looked into joining Parler according to a report from BuzzFeed News.

Former campaign officials worked on a deal to have Parler be Trump's main social media platform in exchange for an ownership stake in the company, but it never got done.

Former CEO John Matze told Axios he was worried Trump would have bullied people in the company, but was surprised he never joined.

"If I were him, I would have joined. I think it was clear that he was going to get banned off of Twitter and everywhere else and we made it pretty clear that we weren't going to ban him because he broke our rules and we wouldn't ban him because other people did."

Apple and Google took the Parler app out of their stores and Amazon Web Services stopped hosting the site after reports that Parler was used to coordinate the Capitol riot last month.