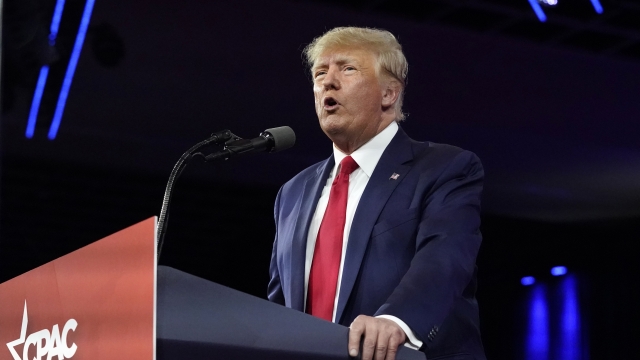 Over three days, Republicans at the Conservative Political Action Conference seemed intent on avoiding Donald Trump’s grievances about the last election, and some ignored him altogether. But by the end of it, the defeated president had reminded those who want to move on that he remains the most powerful voice in Republican politics. 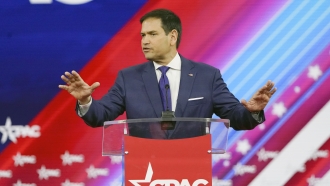 In his keynote address Saturday night, Trump indicated he planned to run for president a third time, in 2024. He falsely blamed his 2020 election loss on widespread voter fraud, for which there is no evidence.

On Sunday, he was the overwhelming winner of a presidential preference straw poll of conference attendees. Of the 2,574 polled, Trump earned 59%, followed by Florida Gov. Ron DeSantis with 28%. No one else had more than 2%.

“We did it twice, and we’ll do it again,” Trump said of running in 2024. Even so, he has teased about a 2024 campaign before and his vow this time was not necessarily ironclad.

“Of course he’s smart,” Trump said in his remarks Saturday, doubling down on praise of the Russian leader that many other Republicans have avoided after the invasion. “But the real problem is our leaders are dumb. Dumb. So dumb.” 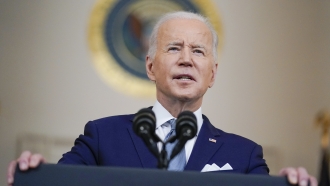 Aside from Trump, Florida Gov. Ron DeSantis was a crowd favorite throughout the four-day conference. Audience members applauded almost every time his name was mentioned or his picture appeared on big screens.

Despite Trump's dominant place at the head of the Republican Party, other party leaders are increasingly optimistic they have found a forward-looking strategy to overcome pro-Trump extremism and expand the party's appeal with control of Congress at stake in November.

Democrats are clinging to paper-thin majorities in the House and Senate, and voter sentiment has swung in an ominous direction for them since President Joe Biden took office in January 2021. In an AP-NORC poll conducted Feb. 18-21, 70% of Americans said the country was headed in the wrong direction. As few as 44% said the same in April 2021.