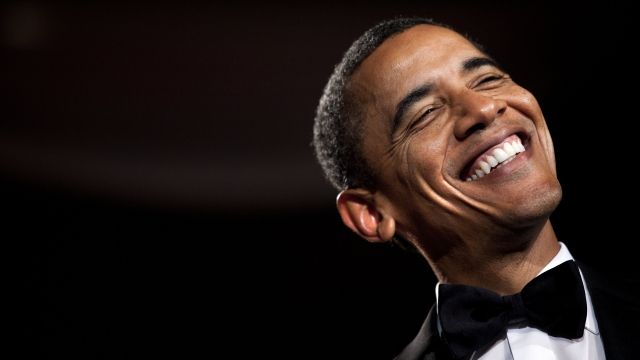 Barack Obama said goodbye to the White House and hello to island life — and it looks like a blast.

Obama and his family have been spending their post-presidency vacation on Richard Branson's private island. That trip apparently includes kite surfing, foil boarding and a little friendly competition.

Branson chronicled the adventure on his blog, eventually crowning Obama the winner. But the billionaire businessman promised another showdown in the future.

"After all he has done for the world, I couldn't begrudge him his well-deserved win," Branson wrote. "Now he has left, I'm going back into the water to practice for the next challenge. On his next visit, we plan to do the long kite over to Anegada together. Next time, may the best (British) man win!"

After eight years in the public eye, we're sure the former president wouldn't mind another trip to a private island in paradise.