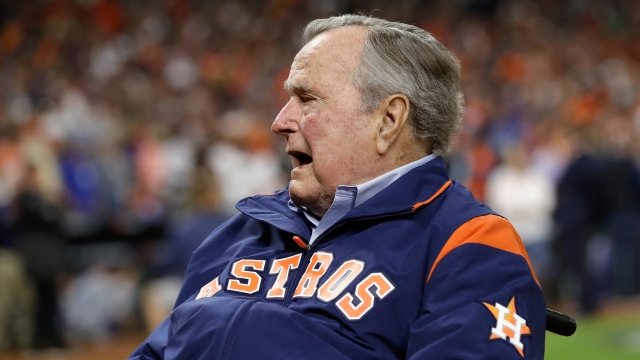 Former President George H.W. Bush is back in the hospital, according to a family spokesperson.

The spokesperson said Bush had low blood pressure and fatigue Sunday and went to a hospital in Maine.

Bush will likely stay in the hospital for a few days for observation, according to the spokesperson. The former president was in a Houston hospital in late April and early May after he got an infection. He was admitted hours after he went to the funeral for his wife, former first lady Barbara Bush.

The 41st president spends his summers in Maine. He's only been there for about a week. Jim McGrath, the Bush spokesperson, said Bush was alert Sunday afternoon and that he wasn't in any discomfort.