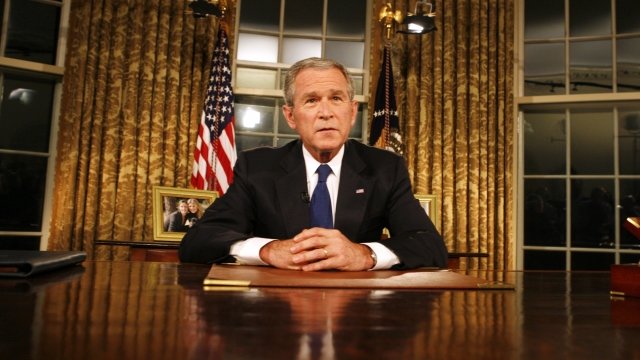 Former President George W. Bush gave a strongly worded speech about the future of democracy and American values on Thursday.

"The great democracies face new and serious threats — yet seem to be losing confidence in their own calling and competence," Bush said.

A lot of people saw the speech as a take down of President Donald Trump, but a spokesperson said the speech wasn't aimed at the current president and had been planned for a while now.

It's not hard to see why people might think Bush was jabbing at Trump; a lot of his speech touched on big themes from Trump's presidency.

"We have seen the return of isolationist sentiments," Bush said

"We've accomplished almost everything we've started out to accomplish. The borders are stricter, tighter," Trump said at the Governor's ball.

But former President Bush never actually mentioned Trump by name. And a lot of what he said about racism, free trade and globalization echoed his past sentiments.