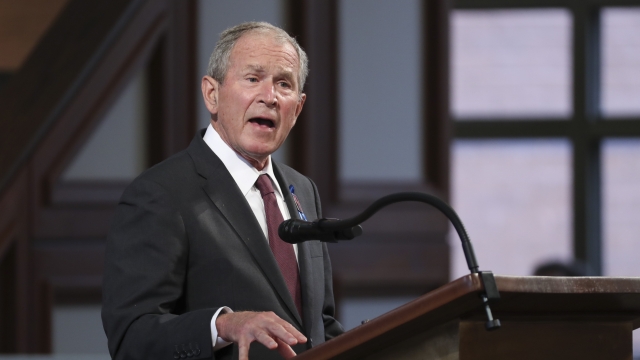 Bush said the election was "fundamentally fair" and "its outcome clear" but supported recount by Trump campaign if they feel it is necessary.

"We urge all Americans to join us in wishing our next President and Vice President well."

Bush has said he did not vote for President Trump in 2016 and the Bush family has clashed with him over the years.

On Sunday though, Bush congratulated President Trump for his "hard-fought campaign" and called the high voter turnout a "positive sign of the health of our democracy."

President Bush added the election was "fundamentally fair" and "its outcome is clear" but supported President Trump's campaign pursuing recounts if they felt it was necessary.

President Trump has yet to concede the election — making a number of unsubstantiated claims about voter fraud in key states like Pennsylvania and Georgia.