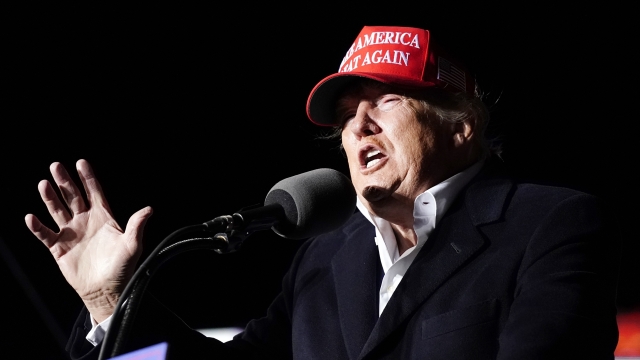 After losing the 2020 election, former President Donald Trump asked his lawyer Rudy Giuliani to inquire with both the Department of Homeland Security and the Pentagon about seizing voting machines in key battleground states, according to the New York Times.

Though that ultimately did not happen, Jan. 6 committee members and Democrats and Republicans, like Rep. Adam Kinzinger and Rep. Liz Cheney, getting to the bottom of the issue are wondering what would've happened if it did.

This comes as Trump is considering his own political future and another potential run for the White House.

Meanwhile, the National Archives says some documents that were handed over to the committee were torn up. Some could be restored by taping them together, while others were damaged beyond repair, leaving an unfinished account of what exactly was handed over from the Archives to the Jan. 6 committee.

Marc Short, former chief of staff to former Vice President Mike Pence, is cooperating with the committee. He spoke to investigators last week. He was with Pence on the day of the insurrection in the Capitol, so his account will be of high importance to the committee. It's also significant because Pence, so far, has not publicly spoken to the committee, as he also considers his own future in a White House run.