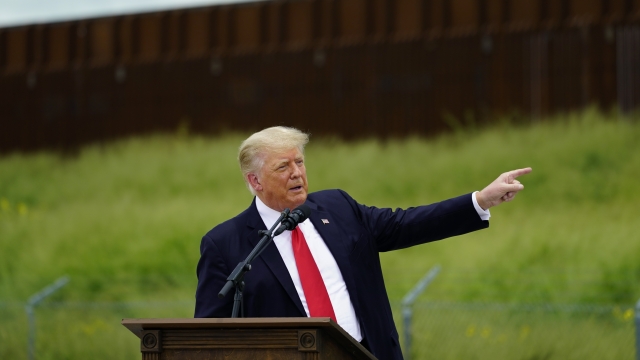 "What a pleasure it is to have President Trump back  in the great state of Texas." said Governor Greg Abbott.

"We had all these great policies going and they were all ended," said former President Trump.

The border visit comes just days after Vice President Kamala Harris made her own trip to the border. The Biden administration has grappled with how to deal with a historic surge of migrants coming into the country earlier this year -- oftentimes casting blame on the Trump administration for not dealing with the root causes of the impending surge.

"We have looked at a system where people have been housed in inhumane conditions over the last many years, an asylum system that has been broken and that needs to be reconstructed," said Vice President Kamala Harris.

Trump's visit is just one of several public events the former president is taking part in this summer as he teases another potential run for the White House...and potentially completing his signature campaign promise.