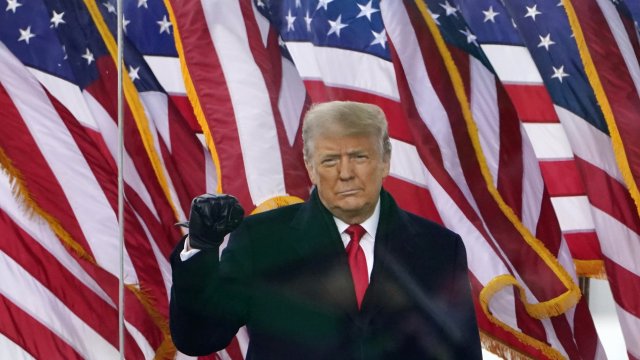 SMS
Former President Trump To Speak At North Carolina GOP Convention
By Robin Dich
By Robin Dich
May 18, 2021
He's scheduled to speak June 5 in Greenville to back the state's Republican candidates in the 2022 midterm election.
SHOW TRANSCRIPT

Former President Trump is returning to the election cycle. For now, it's to back GOP candidates in next year's midterm election.

Trump will speak at the North Carolina state GOP convention next month ahead of the state's midterm elections next year.

Republicans squeaked out wins in North Carolina in November. Trump won the state by just a little over one point.

His daughter-in-law Lara Trump has also expressed interest in a 2022 U.S. Senate run in North Carolina.

Trump will speak on June 5 in Greenville.