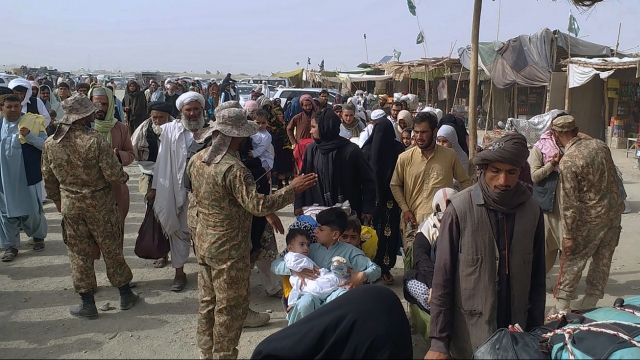 Former President George W. Bush, who initially sent U.S. troops to Afghanistan in 2001, is calling on the Biden administration to "cut the red tape" to speed up the evacuation of Afghan allies.

"The Afghans now at greatest risk are the same ones who have been on the forefront of progress inside their nation," he and former first lady Laura Bush said in a statement. "And we have the responsibility and the resources to secure safe passage for them now, without bureaucratic delay."

The Bushes said they're watching the quickly evolving situation "with deep sadness."

But they remain optimistic, saying Afghanistan is made up of "resilient, vibrant people."