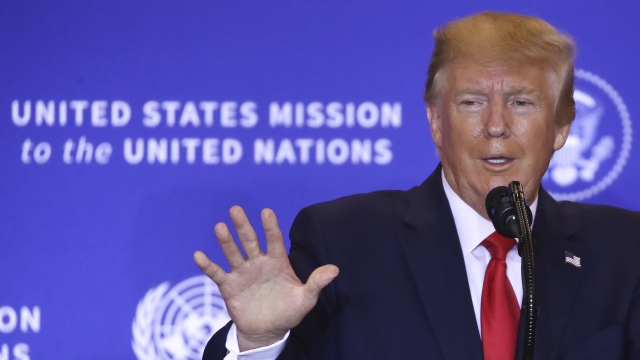 The concerns were expressed in a letter published Friday. It was signed by more than 300 former government employees, including State Department ambassadors, National Security Council staff, military intelligence officers and others. The signatures were compiled by National Security Action, a political organization founded in 2018 that opposes President Trump's isolationism.

They say it looks like President Trump invited Ukraine to interfere in our democratic process — an action they describe as an "unconscionable abuse of power." The letter says the president's actions make the country vulnerable and "sends a message to leaders around the world that America's foreign policy can be dangerously corrupted by catering to a single individual."

The letter expresses support for impeachment proceedings, and says Congress should use "the facts — and nothing but the facts" to determine how to hold President Trump accountable.