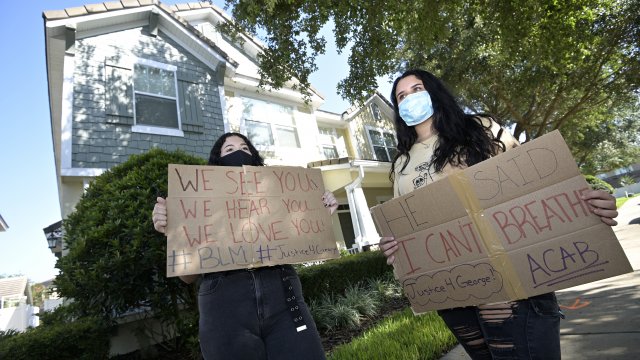 The former Minneapolis police officer who was seen on video kneeling on the neck of George Floyd was arrested Friday.

Floyd died Monday after Chauvin pinned him to the ground and held his knee on Floyd's neck for more than seven minutes, as Floyd repeatedly said, "I can't breathe." The incident sparked nationwide protests.