Ex-Fort Worth Officer Indicted For Murder In Atatiana Jefferson Death 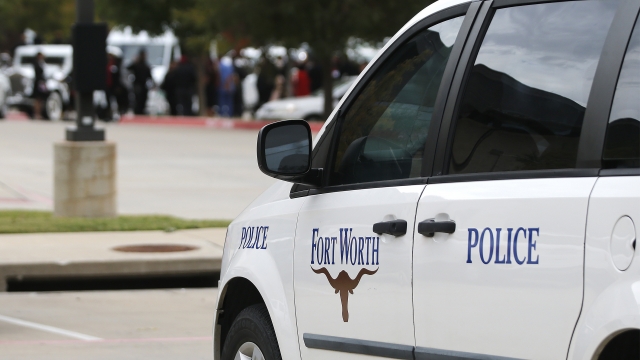 SMS
Ex-Fort Worth Officer Indicted For Murder In Atatiana Jefferson Death
By Alec Larson
By Alec Larson
December 20, 2019
​Following news of the indictment, a lawyer for Jefferson's family said on Twitter, "Atatiana’s family is [relieved] but remain cautious."
SHOW TRANSCRIPT

A grand jury in Texas has indicted former Fort Worth police officer Aaron Dean on a murder charge in the fatal shooting of Atatiana Jefferson.

Dean is accused of shooting Jefferson inside of her mother's home on Oct. 12, after a neighbor called a non-emergency line to request a welfare check on the residence. Authorities said Dean failed to identify himself before firing his weapon on Jefferson, who had been playing video games with her nephew.

Prosecutors in Tarrant County said they had enough evidence to ask for the grand jury indictment soon after Jefferson's death. They said in a statement that they intend to "prosecute this case to the fullest extent of the law."

Following news of the indictment, a lawyer for Jefferson's family said on Twitter, "Atatiana’s family is [relieved] but remain cautious that a conviction and appropriate sentence is still a long way away. Keep pushing."

Dean resigned from the Fort Worth Police Department in early October. He is the first officer in Tarrant County to be charged with murder.