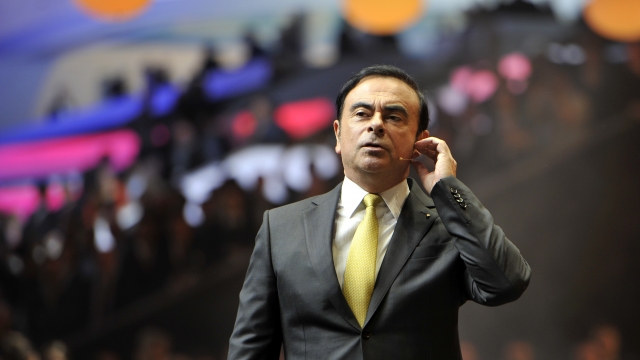 Former Nissan chairman Carlos Ghosn has been held in Japan for more than a year awaiting trial on charges of financial wrongdoing. But now, he's fled the country.

Ghosn confirmed he was in Lebanon Tuesday, saying in a statement, "I have not fled justice — I have escaped injustice and political persecution."

It's unclear how Ghosn managed to leave Japan. A judge had barred him from traveling abroad, and Ghosn's lawyers say they're still holding his passports. His home was under video surveillance and Japanese immigration officials reportedly have no record of Ghosn leaving the country.

Ghosn was first arrested in November 2018 for allegedly underreporting his income by more than $44 million over a five-year period. Since then, Japanese authorities have charged him with multiple counts of financial misconduct. Ghosn has repeatedly denied any wrongdoing.

Ghosn is of Lebanese descent and grew up in Beirut. Lebanon does not have an extradition agreement with Japan.