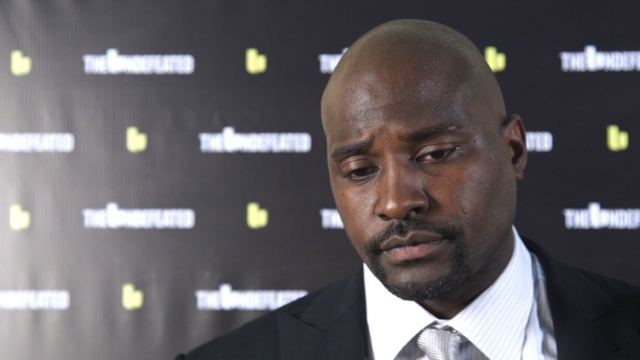 "I purchased a gun, and I thought it was going to be a solution just in case if anything ever went to that place, but it actually was an invitation to disaster. It changed my mindset," former NFL defensive end Marcellus Wiley said.

During a discussion on "Athletes, Responsibility, and Violence" from ESPN's "The Undefeated," Wiley talked about his first gun purchase, and why he got rid of that gun.

"I was moving cross-country. I was coming into a lot of money, and I thought I was going to become a target, so therefore I wanted to protect myself. Everyone knew where I lived. You know you land in Buffalo … and everyone is, 'Hey, that's where Marcellus Wiley lives,' and people are bringing pies and cookies and all that. But the flip side of that is that I'm from Compton, so everyone knows where I live not everybody has good intentions to come by my house. I had a friend and got carjacked at gunpoint and it was traumatic," Wiley said.

"I started to really live through a mindset of violence like everything was conflict. Everything was, 'Why's this guy looking at me?'" he said.

"The one instance that really changed it and the reason I got rid of the gun was this guy was lost and was just looking at my car, then looked at me … and I'm sitting there with a loaded gun on my lap in my second year as an NFL defensive end. And I'm thinking, 'What does this guy want?' Fully prepared to do whatever necessary to make sure I got home. And the guy was just lost. … I put the gun up and got rid of it the next day. That was it," Wiley said.

"I understand what people would say on the other side, people who are law-abiding owners. But I've lived through the destruction of it. Not only the destruction in the street, but I saw it destroy my mind," he said.