A Former Neo-Nazi Went To Confront Racists At Unite The Right in D.C. 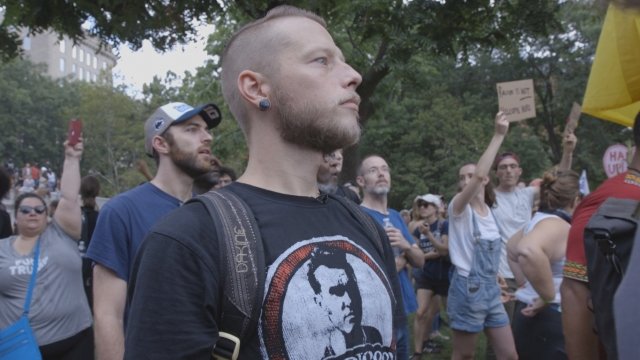 SMS
A Former Neo-Nazi Went To Confront Racists At Unite The Right in D.C.
By Kellan Howell
By Kellan Howell
August 13, 2018
Joshua Turner is a former skinhead who now helps prison inmates change their behavior. He talked to white supremacists at Unite the Right 2 in D.C.
SHOW TRANSCRIPT

When former neo-Nazi Joshua Turner heard that organizers of the deadly Unite the Right rally in Charlottesville, Va. planned to hold an anniversary rally in Washington, D.C., he scrounged up the money for a plane ticket to be there. Turner went with Newsy's Kellan Howell to the rally to talk to some of the roughly 30 white supremacists gathered in front of the White House.

Turner now runs Saved by Reason, a non-profit dedicated to helping inmates, including members of white supremacist gangs, use critical thinking methods to alter their beliefs and behavior.