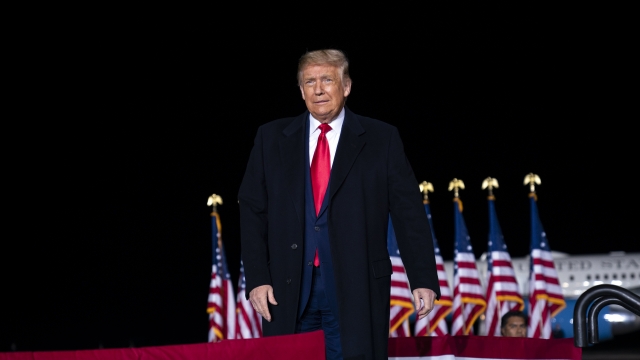 Another woman has accused President Donald Trump of sexual assault.

Former model Amy Dorris told The Guardian Donald Trump forcibly kissed her and groped her in 1997 at the U.S. Open tennis tournament. She was 24-years-old at the time. She said she's speaking up now to be a good role model to her kids.

President Trump's lawyers responded to The Guardian's story by denying he ever harassed, abused or behaved improperly toward Dorris. A legal adviser to the Trump campaign said, "We will consider every legal means available to hold The Guardian accountable for its malicious publication of this unsubstantiated story. This is just another pathetic attempt to attack President Trump right before the election."

More than two dozen women have accused President Trump of assault. The president has denied every accusation.